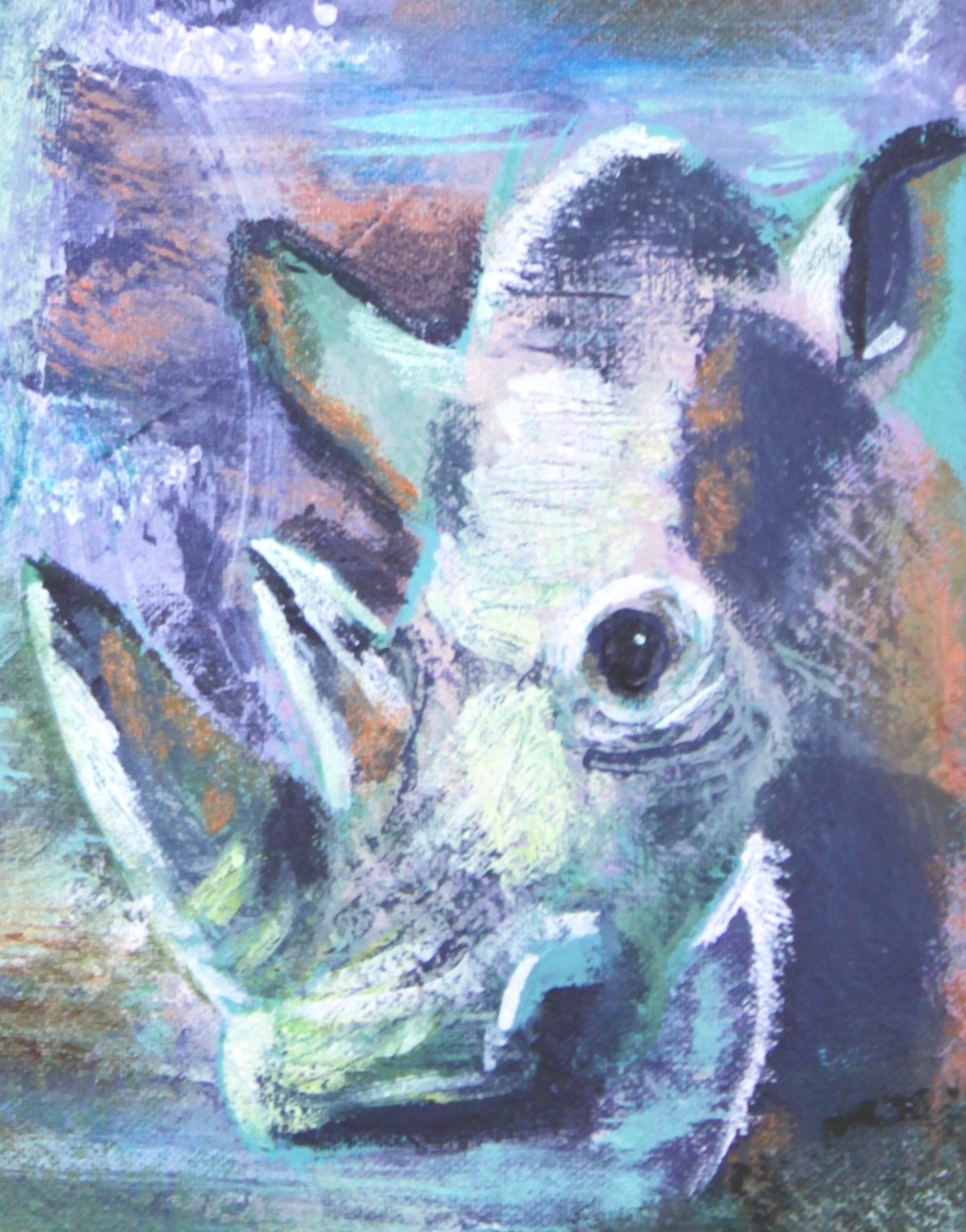 On my quest to discover more endangered species, I came across the Hibsicus Woodii. 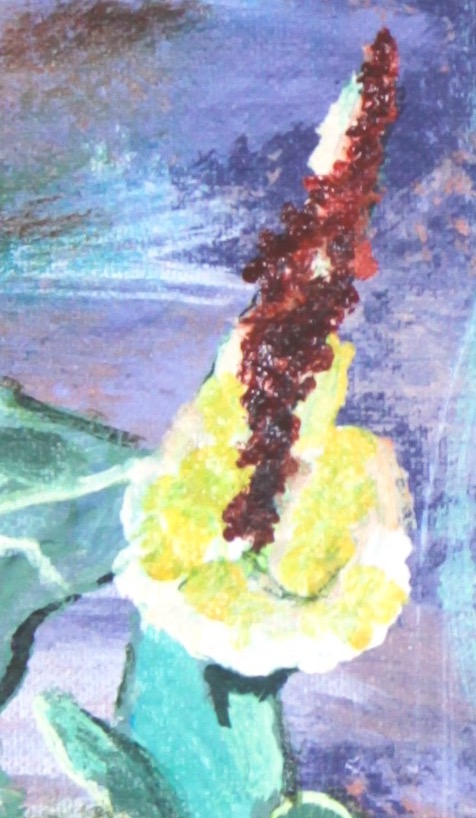 This plant was presumed extinct in 2009, until a drone photographed it in Kauai just this year.

As I painted a waterfall as the backdrop for Woodii, there was a strange feeling that someone else needed to be seen as well. At the base of the waterfall, a rare Northern White Rhino started to emerge.

Last year, the world lost Sudan, the only male NW Rhino. There are two females who reside in the sanctuary, and scientists are hoping to use advances in fertilization and genetics to save the NW Rhino from extinction.

So why the Woodii and the Rhino?  It’s not like you’d find a rhino hanging out in Hawaii, except at the zoo.  As I contemplated the finished painting, I realized the connection between these two otherwise random species is technology.  Scientific advances are allowing humans to undo some of the meddling that created the circumstances that cause extinction in the first place.

That said, I’m personally torn when it comes to the breeding efforts with the NW Rhino.  While I hate to see them disappear entirely, I also wonder if humans are truly ready to do what is needed to ensure that the future offspring can thrive?